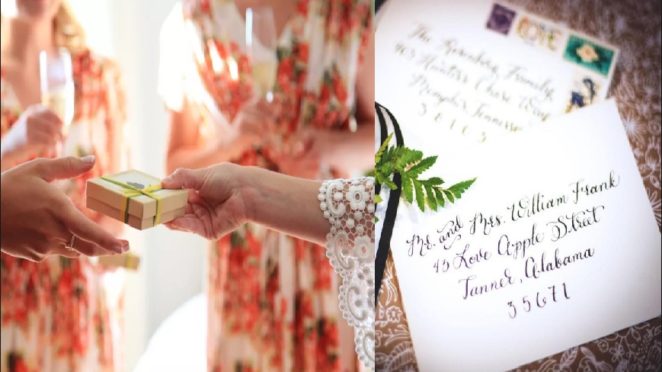 United States : 26 year old Cacindra Waran from Oregon, was engaged in preparations for marriage, she had to invite about 200 guests in her wedding and in that respect she was sending invitations to everyone. In a hurry, she make a mistake  writing letter to one of her relatives living in Yogini Oregon, and mention wrong address on it. She could not guess what she were doing wrong until she received the response for her letter.

It was mentioned with hand writing in the response to that invitation, that ‘I wish I knew you, good luck, have a good dinner from my side, Its been 40 years I married and this relationship goes better with passage of time day by day.

An advance bill of $ 20 was attached  with this message, It was also written on the envelope that live long life and good settle. Cacindra Waran acknowledged this as a good deal, saying she is really thankful.

Cacindra Waran and his fiancee both are unaware of this stranger letter response to the invitation card, However, both of them went to dinner at that same night and used that advance $ 20 bill.

On returning home, Cacindra Waran bought a thankful card and then sent it to the wrong address and wrote a “compassionate stranger“

In the letter she addressed the compassionate stranger, Thank you for the message and for taking the time to write it. Not everyone can do this, I’m grateful that people like you are still in this world.