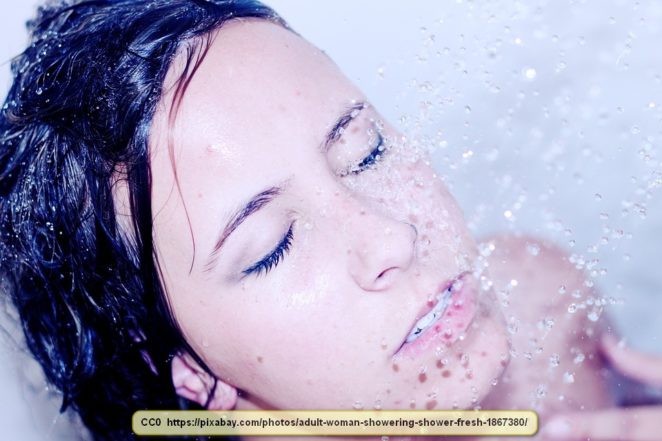 A shower is a method of bathing that involves a spray of water that streams down onto the bather. The intensity of the spray may or may not be adjustable and the angle of the water may or may not be adjustable. In some showers, the spray arm is even detachable, so the spray can be directed anywhere the person wants it. Most modern showers also have an adjustment that allows a person to adjust the heat of the water. There was a long road to all of this, though.

It should be mentioned that not all countries have an adjustment for water temperature. In some countries, the only temperature that is available is cold. This actually comes close to the first showers; waterfalls. A person would simply stand under a waterfall. Soap wasn’t commonly used to shower at the time, either, so this wasn’t ‘polluting the environment’, not that people would have particularly cared back then.

The Romans had communal showers that operated off of gravity feed, too, much like an artificial waterfall, with the water carried by aqueducts. Since the Romans weren’t big on privacy and took delight in the human form, it was common for many people would shower together. There were no taboos on nudity. (The participants of the first several Olympics competed in the nude.)

There are still many communal showers in operation in the world today, just as there are many communal baths and bathhouses today.

The first mechanical shower was operated with a hand-pump and was patented in 1767, in England. It didn’t catch on, initially, but that was only a little over 250 years ago.

Showers have now become so commonplace that nearly all homes in developed countries have a shower, normally connected to the bathtub in some way. Many homes are equipt with more than one shower. People are also prone to use their showers. This isn’t a bad thing in as much as a shower typically takes less water than a bath. The average American uses 21 gallons of water in order to shower and about 40 in order to take a bath.

In some of the poorer countries, it is still more common for people to bathe than to shower and many people still bathe in natural bodies of water, such as rivers and lakes. Naturally, these places have no temperature controls, either. In the US, showers are easily more common and most people take a shower at least a few times a week, if not daily. Some people go so far as to take several showers a day. Soaps, detergents, and shampoo are usually used now, too, and the cost of those cleaning agents to the consumers is huge.

However, the soaps are for a different topic.