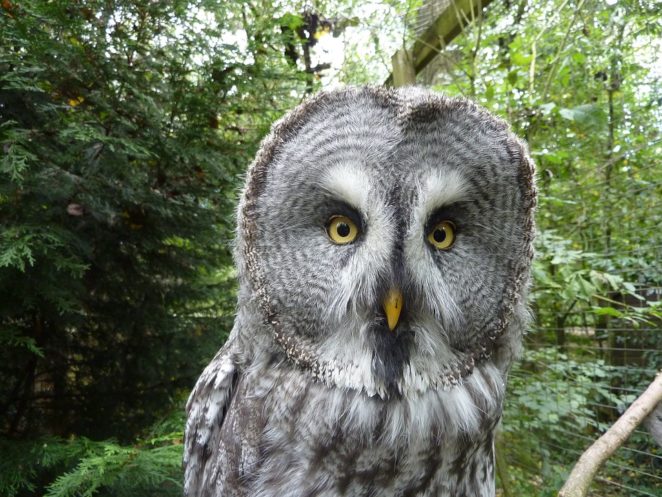 Great gray owls can reach over a yard in length and they can have a wingspan in excess of 5 feet. This predator can weigh almost 5 pounds, too. The female is normally larger than the male, which isn’t common in birds.

This is an owl that has a round face disk and doesn’t have tufts or ‘horns’ on the head. Great gray owls are also found in northern Europe and Asia, as well as in the northern US and Canada.

Great gray owls have an excellent sense of hearing and can hear small rodents scurrying around under two feet of snow. They can then capture the prey by plunging into the snow with tremendous accuracy. Small rodents make up most of their diet.

Great gray owls are totally silent in flight and when it is calling or in the nest, it makes quite a few sounds besides the common hoots of most owls. It is also non-aggressive compared to other owls. It is rare to see one, though, even though most of its hunting occurs at dawn and dusk. For this reason, it has been called the Phantom of the North.