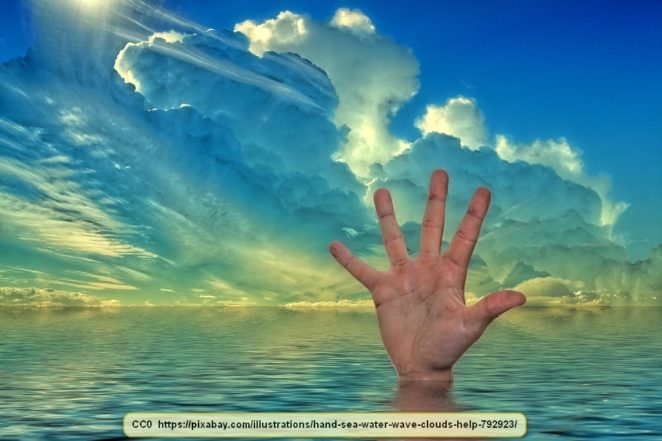 Way too often, people rely on God in ways that aren’t intended and ignore the answers to prayers. By all means, every decision should be prayed about, but if people don’t accept the help God gives, they nearly always suffer consequences.

Philippians 4:6 says, “Do not be anxious about anything, but in every situation, by prayer and petition, with thanksgiving, present your requests to God.”

Clearly, praying to God about everything is a good thing. The disconnect occurs when we try to use our own understanding to grasp what God’s answer is. The following parable illustrates this point, and of course, being a parable, it didn’t actually happen. It is used just to get the point across.

A man had heard warnings of a major storm that was coming his way. His home had gone through worse storms. He prayed to God to protect him. When the evacuation order came, the man ignored it, having faith that God would help him.

Soon, heavy rains and rising water were up to the bottom of the man’s front door. Again, he prayed to God for help. A short while later, the local neighborhood watch knocked at his door, offering to help him evacuate. He refused, saying that God would protect him.

The relentless storm continued, and soon the waters inside the man’s house were four feet deep. The man prayed to God for help, yet again, taking refuge in an upstairs bedroom. A short time later, a rescue team in a boat rapped on a window, urging him to get into the boat so they could take him to safety. He refused, telling them that God would protect him.

The storm intensified and soon the man was forced to crawl out onto his roof and clutch perilously to a chimney while the water kept rising and swirling around him. Most of his home was underwater and there was no end in sight. Yet again, the man prayed hard to God, asking for deliverance from his emergency. Less than 15 minutes later, a Coast Guard helicopter spotted him, clinging to the chimney and waist-deep in water, even on the roof.

They tried to convince the man to let them rescue him, to no avail. The man felt that his faith was strong and he told them, “My God will rescue me. I believe in the Lord.” Finally, they had to leave, so they could rescue others.

A short time later, the water finally covered the man’s head and he made the last prayer.

“Lord, why haven’t you rescued me? I’ve prayed to you and had faith that you’d help. Why have you forsaken me?”

God answered, saying, “I didn’t forsake you. You didn’t accept the help I offered you.”

“I don’t understand,” the man said.

The man in the parable was sent help repeatedly and was even given warnings before he was in trouble. Since it wasn’t what he expected, he ignored the help all three times it was offered, not recognizing that it was coming from God.

God often uses other people to supply an answer to any given prayer. If we rely on our own understanding, we can become blinded and unable to see that the help came from God. If the man had truly had faith, he would have accepted the help that was offered, from the very beginning, or avoided the situation. However, he had more faith in himself than he had in God.