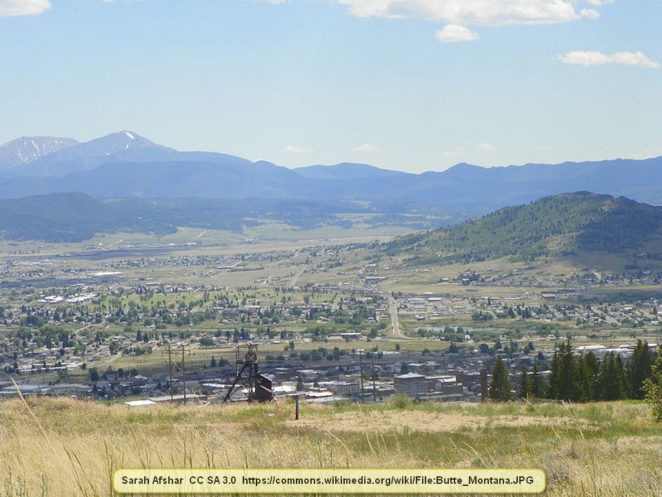 Recently, there was an enormous event that occurred in the town of Butte, Montana that many people might find interesting. For those who don’t know much about Butte, I should explain about that, first.

Butte is one of the population centers in the state. It is a city of about 35,000 people in the southwest part of the state. That may not sound like many people, but Butte is the fifth largest city in the state.

The town was established in 1864 as a mining town. Originally, it was focused primarily on the mining of copper, but gold was also found in the area. In fact, this was the era of the gold rush in Montana. Gold had been discovered in Montana in 1862, just two years before Butte was founded.

The date is important in regard to the recent event in Butte. You see, beginning in 1845, Ireland was crushed by a late potato blight that destroyed the potato crop for four years in a row. Potatoes were the largest staple food of Ireland at that time. A large number of the population of Ireland died in what came to be known as the great Irish Potato Famine. Many others survived by leaving Ireland and coming to the United States.

The Irish worked at any job they could find and were often abused in a number of ways, despite having a very good and strong work ethic. With the possibility of striking it rich, many of the Irish flocked to Montana. Butte quickly had a large portion of its population being made up of Irish people. Few of them actually struck it rich, however, the number of Irish had a permanent impact on the state and the culture in the state.

In fact, the first acting governor of Montana was Thomas Francis Meagher, an Irishman of Butte.

To this day, Butte, Montana has the largest number of Irish, per capita, of any town in the US. With this background, perhaps you can guess what the huge event in Butte was. If not, I’ll give one more hint; it occurs every year on March 17.

The ‘party’ actually begins on March 16, but it is the Saint Patrick’s Day celebration. During the two-day event, the population of Butte suddenly becomes much larger as people of Irish ancestry and other visitors visit the town to take part in the festivities.

The town certainly knows how to throw a party, too. Arts, crafts, music, food, and anything else with a hint of Ireland are on full display. The parade might be small if you think of parades in New York City and other large cities, but remember, this is a town of 35,000. For such a small city, this is a really big parade and gathering of people. Obviously, people in the parade and those who are watching them had a blast.

I have no idea if the link will transfer properly, but this is the MTN coverage of the 2019 parade in Butte.

I honestly hope that it comes across correctly because it is a worthwhile watch and it gives a small idea of how big the event in Butte is.