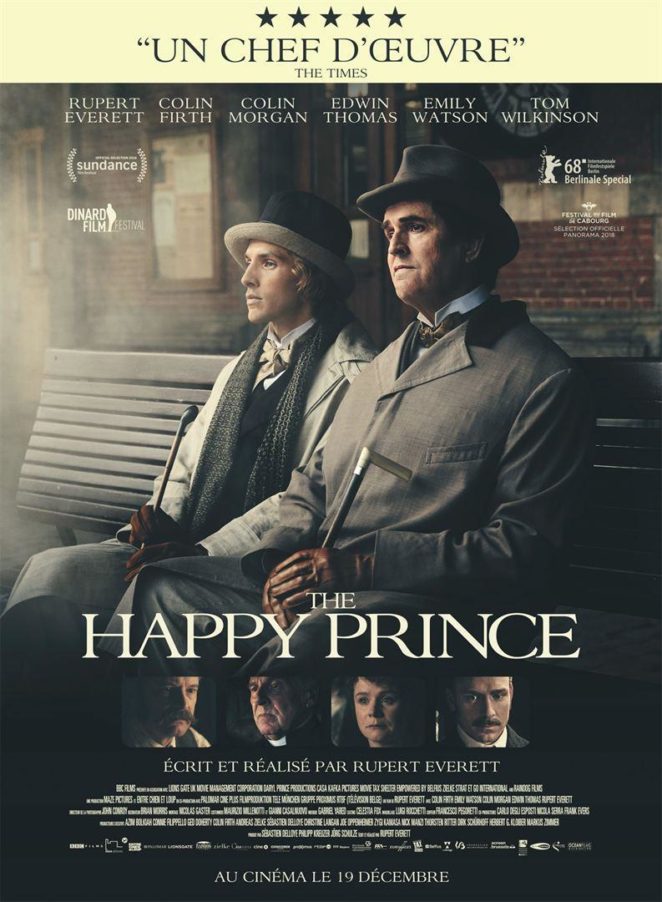 The end of Oscar Wilde is one of the saddest and even unfair in the history of Literature. After reaching a relevant position he saw himself prosecuted by an important man who destroyed his life. Oscar Wilde spent two years in prison. After that, he had to leave London and lived in Paris in a miserable condition. His family forgot about him and he died in total poverty. However, Oscar Wilde is the author of one of the best works of Literature ever done.

There are some movies about the plays of Oscar Wilde but there are not so many about Oscar Wilde. This movie “The Happy Prince” is despicable, it seems as if the only reason to do this movie is to add sadness into the already sad end of Oscar Wilde. In fact, there are scenes that are pathetic. I think this movie is an interpretation of the last days of Wilde, what we see did not happen in that way because there are scenes that are awful, horrendous and grotesque. Oscar Wilde deserves another kind of movie or even his final character Sebastian Melmoth (this was his name in Paris) deserves a fairer treatment. The sensation this movie gives you is really negative.