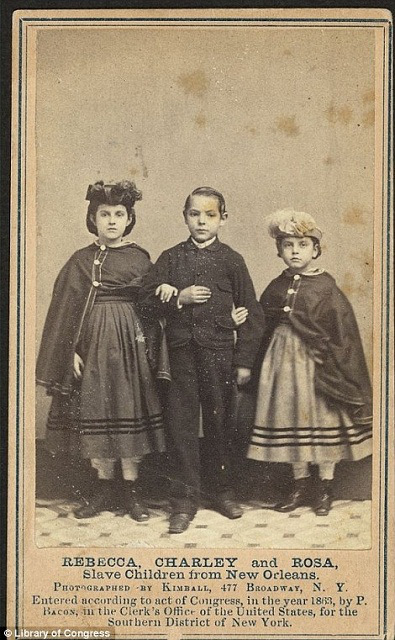 The later part of the sixteenth and early seventeenth century was a time of great upheaval in Ireland, as a result of English conquest and colonization, resultant religious persecution, and (crop failures as a deliberate result of the Tudor conquest of Ireland). This turmoil resulted in many Irish children being orphaned and as a consequence 2000 of them were rounded up from the towns and cities of southern Ireland and sent by ship to the colonists in the New World, (America) by their British conquerors.

Image: Held by the American Library of Congress

These ships were followed by ship-loads of Irish men and women as “convict labor” (slave labor) this practice started in the early 1600s and included the forceful transportation of many of these so-called “undesirables” from Ireland to the West Indies under King Charles I. The practice, however, took place on a much larger scale during the rule of Oliver Cromwell in the years 1649–58.

Many of these Irish convicts sent to the New World, (America) were transported by a Spanish garrison stationed in Florida during the 1560s, from where small numbers of Irish prisoners were taken to the Amazon region and to Newfoundland, and to Virginia between 1604 and the 1630s. This information is according to historian Donald Akenson, who confirmed that there were Irish being forcibly transported to the New World during this period.