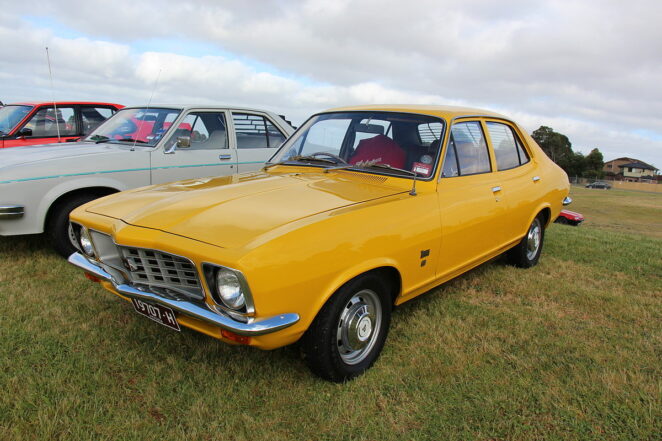 That was the first car I drove. It was 1973 Holden LJ Torana S 4 door that I drove for no more than a minute and fifty meters. Before I tell you how I drive the car, I will tell you in advance how much I crave to drive the car with my own hands in the driver’s seat.

One day when I was in elementary school, my father and uncle and all our family members went to an amusement park. After a few preliminary games, my cousin and I had the opportunity to drive a kind of bumper car to circle a square park twice. Since then, I have been so eager to drive a real car. Every time I was interested in something about cars and I was near my father, I would ask him questions, and of course especially about how to drive a car. One thing is certain, I am confident that driving a car must be as easy as driving a bumper car! Unfortunately, my father had not wanted to use official cars for several years, nor did he want to buy a car at all. He is usually picked up by the office driver if he feels the need but more often uses public transportation. That situation certainly prevented me from at least sitting in the car!

An opportunity came when in the late 70s when I was only around 14, my former neighbor – a young man who once lived next door visit for the umpteenth time. He was looking for my elder sister, but there were only my mother and me at home. After we talked for a while, my mother went to the kitchen to make a drink for the guest. That’s when my long-hidden desire can seem to be realized.

Unbeknownst to mother, I borrowed the car with a little “whine” so that the guest felt awry and finally handed the car key in my hands. I jumped happily and immediately rushed out to the car (Yeah! While my mother was in the kitchen!) before the owner of the vehicle changed his decision because I knew that there wasn’t a single reason for me to be allowed to drive.

After going straight for about fifty meters, II have to turn left, and that’s easy too! It was when I turned the steering to turn left, that I saw another car moving towards me, for a moment I thought about what I should do, and I intended to pull over a little while slowing down the vehicle and therefore I had to step on the brake pedal. That’s when the car jumped and hit the wall fence of a neighbor’s house because it turns out I stepped on the accelerator pedal instead of the brake pedal!

A young man was known to be a bad boy who was more senior than me in the neighborhood and witnessed the accident firsthand helped but didn’t even say much other than saying, “So, don’t speed here guy…” because around the neighborhood, apparently – at that time I just knew that – I was also known as a bad boy.

Furthermore… You certainly know what happened next, certainly later, my parents have to pay the cost of repairing the car and the fence I destroyed. Am I felt sorry? Of course! Did I learn anything from the incident? Many!

Below here is an old advertisement for Holden Torana and how mischievous the car was in the arena.

Suggestions for you, do not drive a car if you are not old enough and do not have a car driving license.

Just for Fun and Car Crazy