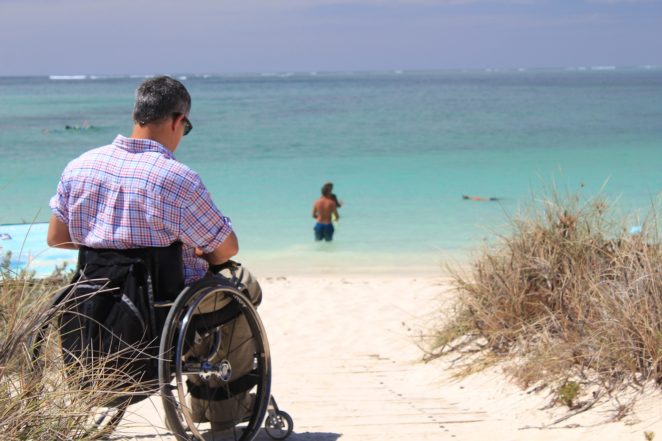 Our minds. Not necessarily the declination of them but us telling ourselves – or letting others tell us – what we can or can’t do. Here’s something I realized later in life. We really don’t know what our potential and limits are at ANY age! How far can you go in whatever endeavor you dream? Nobody – even you – know that. I’m 69 and on January 2nd, this year I looked in the mirror and said, “Enough is enough.” I’d gained far too much weight and feel bloated and just plain terrible.

Having been a reasonably fit guy most of my life, I decided to take charge – despite the fact of having an amputated right lower leg and am now in my so-called “declining” years. Since then I’ve lost 6 pounds so far, I have done several dozens of situps and shadow boxing and…holy cow! I can now actually see my trapezius muscles in the mirror! That’s never happened before!

I’m eating more vegetables, and am already sleeping better, thinking clearer, and my energy has increased. I’m approaching 70 and thinking, “Ok…what’s the next new and exciting chapter?” Maybe I’ll do some online courses, even teach a few myself cos, I’m really feeling great. Or become a personal trainer to the disabled. Or whatever! The point is if you don’t do everything you can to maximize your health in whatever condition you are in now, you’ll never know what benefits you can reap from those efforts at any age.

Those benefits go far beyond just the physical – to the psychological and mental too – which creates a feedback loop telling you can do more. It’s a terribly intoxicating and beneficial thing as you get older – but many of us are stuck going in the opposite direction by our own choices and what others are saying, stuff like “You shouldn’t do that at your age…  ”I say, “Balderdash!” Just stop. Reverse course. Try something new. Yes, it will likely scare you and even be hard at first but through adversity comes strength. (You knew that when you were a youngster and it still applies NOW!) As the marketing genius of my generation originated? Just DO it! Not only with your feet and arms but with all of your being, esecially your mind too!