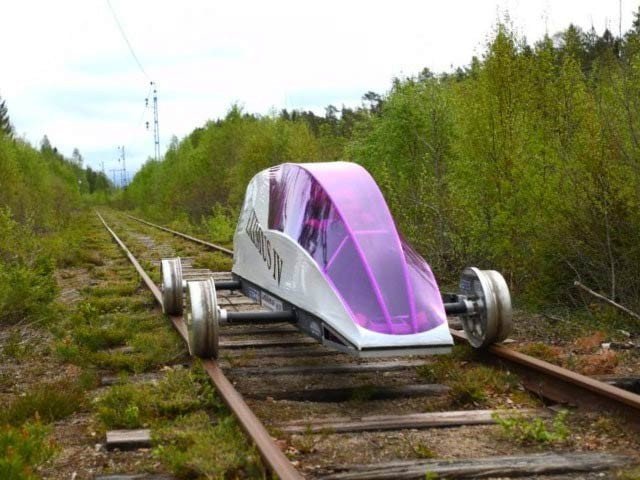 The Eximus IV is powered by electricity and is environmentally friendly in every way. The car scored top position in Sweden’s Delsbo Electric competition and set a new world record. Every year students offer their eco-friendly and energy-efficient rides at the Delsbo Electric Car Competition.

All inventions and innovations are such that they can run on railway tracks. This time Eximus IV has shown energy efficiency which is 687 MPGe that is, the distance traveled per gallon of gasoline to be expressed in miles. Thus 687 MPGe would be 0.34 liters per 100 km in common parlance.

This amazing ride has been developed by scientists at Delarna University. The condition of the competition is the production of a vehicle that can cover an average distance of 3.36 km on the tracks by seating six passengers weighing an average of 50 kg. This car meets this standard but can visually cover a distance of ten thousand kilometers per liter. That is, one teaspoon of gasoline is enough to travel 75 kilometers.

Eximus IV Four is built on a very lightweight and aerodynamic principle. It uses the lightest aircraft material and the car has been tested in an air tunnel where the efficiency of the aircraft is tested. In the same competition, another group also presented a magnetically known train car which was awarded the second prize.