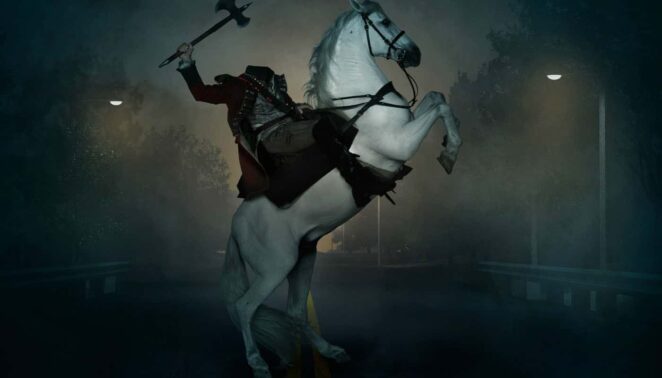 I know this legendary figure in Irish mythology as the Dullahan, a headless rider on a white horse who carries his head in his arms. He is said to ride fast through the counties of Down and Sligo, and if he suddenly stopped, it meant that someone in the community was about to die.

This legend gave inspired the character in Sleepy Hollow, played by Johnny Depp. You’re now equipped with knowledge of a legendry figure from Irish folklore, you are however safe to wander through the most rural parts of Ireland.

As this Irish legendary horseman had emigrated to America when many of his countrymen took their folklore there with them. The Irish soon became one of the greatest storytelling countries in the world.