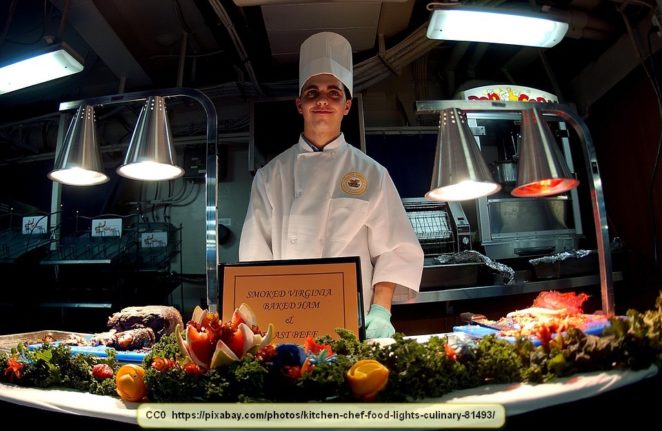 When I worked in the restaurant business, I was both a cook and a head cook (as well as the other positions I held), but I was never a chef. What can make it especially confusing is the definition from the dictionary. You read that right; the dictionary actually doesn’t contain the correct definition, as it is used in the foodservice industry.

Here is the definition of “chef” from Miriam-Webster’s dictionary:

1: a skilled cook who manages the kitchen (as of a restaurant) 2: COOK

Although there is no one organization that determines who is a chef and who isn’t, in the restaurant business, a chef is not only someone who is highly trained, cooks professionally, and manages the kitchen, (all of that was true of me) but also a chef is someone who has graduated a school of culinary arts after a two or four-year period of formal education. As I said, I was highly trained, cooked professionally, and managed the kitchen and staff, but I never went to a culinary school, so I never graduated from such a school, therefore, I was never a chef. I don’t have a college degree in cooking.

I often will acknowledge that I was a professional cook, but never say that I was a chef. To me, there is a substantial difference. To many other people, though, they are the same thing.