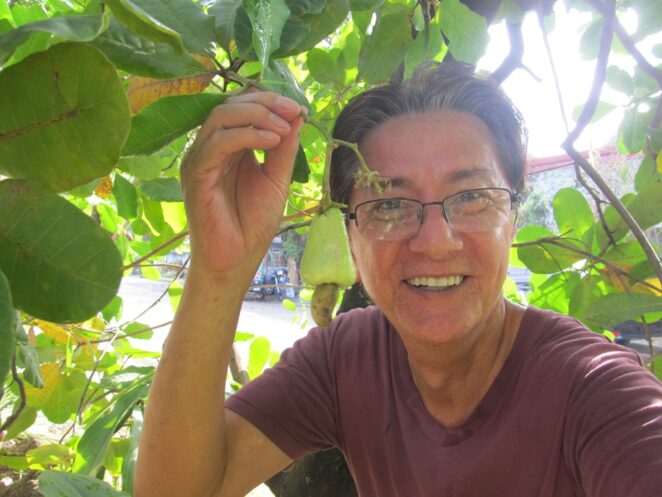 The cashew nuts is popular worldwide but only few know that the cashew comes from a tree. Most in the city thought that the cashew is like the peanuts that are from a plant that bears the nuts in their roots. Well, the cashew is a fruit tree and the fruit of the cashew is called cashew apple or cashew fruit that is edible and exotic in taste. At the bottom of the fruit is the seed which has the nut inside.

When the cashew fruit is born, what you can see is the seed so undoubtedly it is a cashew. Every day the fruit grows until it becomes bigger than the seed that later it grows to a mature size and can be harvested when the fruit turns yellow. The seed is collected and then roasted to remove the skin that leaves the nuts. It can be eaten as is or it can still be roasted some more.