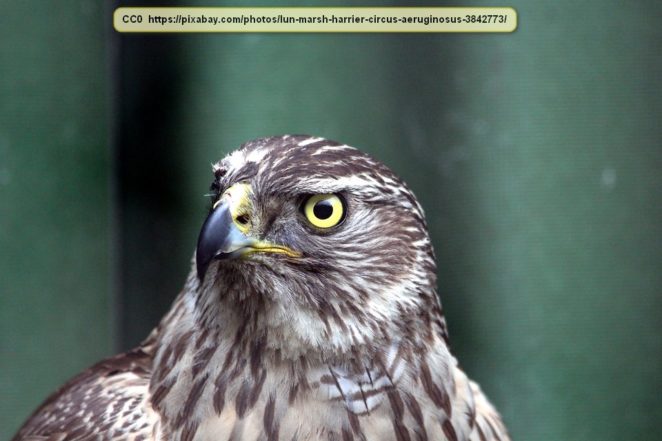 Marsh hawks (Circus cyaneus) are medium-sized raptors, up to 20 inches long (about 50 cm), with a wingspan that is almost 4 feet, and weighing over a pound and a half (750 g).

The males are gray on the back and the females and younger birds are brownish. The bellies are light, with bars and banding of darker colors.

Northern harriers often fly relatively low over fields in search of prey. They are also known for their circling flight high above the ground. In fact, the genus name, Circus, comes from the Greek kirkos, meaning circle.

They often nest on the ground and prefer open areas, prairies, grasslands, and marshes. Although found over most of the US and Canada, they do migrate south during the winter. They are also found in Europe and Asia, mostly in northern areas.

Most of the diet consists of small mammals, particularly rodents, however, marsh hawks have also been known to take other birds.

Note that in northern Europe and Asia, this bird is more likely to be called a northern harrier. In the US, it is most often called a marsh hawk.

To me, true buzzards look and act a great deal like marsh hawks.