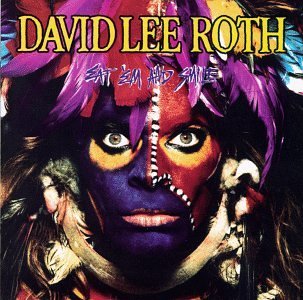 I’m sure some of you have heard and or are well acquainted with top musicians David Lee Roth, Steve Vai, Billy Sheehan, and Gregg Bissonette. This song is one of their works from Roth’s solo album after leaving Van Hallen. “That’s Life” is a popular song written by Dean Kay and Kelly Gordon and first recorded in 1963 by Marion Montgomery which among others was also sung by Frank Sinatra.

In this album, Roth returned to an albeit hard rock sound featuring eclectic forays into a lounge, jazz, and speed metal. If you have never heard of this song, click on the play button, listen, and believe that even though I am a big fan of heavy metal, I have never shared that genre in its version but it is always something that is received by a wider audience.