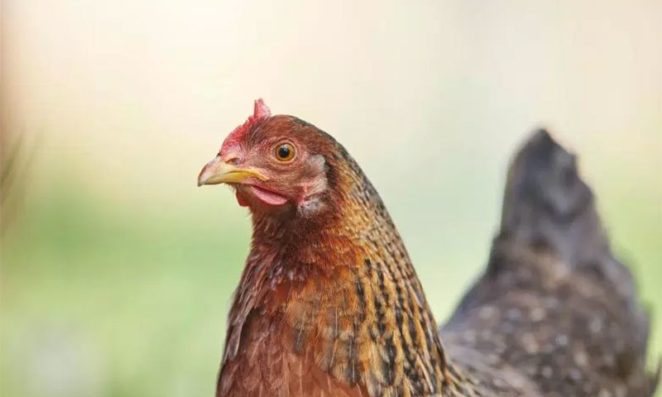 Will you believe that a gang of chicken birds become severe trouble for town residents,  and make their lives disturb like a meaty beast?

At least this is happening in an Island of United Kingdom where wild chicken birds have made life difficult for residents. These Chicken birds gang sometimes worsen the gardens, Sometimes blocks the traffic and often terrorize the jogging people.

So far, 2 attempts were made to end these chicken birds, and 35 killed.but according to the environmental minister Jan Young, the number of birds is very high.

During this year, the Minister has got about 40 complaints related to these birds, which disturb the resident from deep sleep at night.

It is believed that these chicken birds were pets some time which were released, and now they go wild and roaming in groups of more than hundred or more.

In this island there is no hunters of birds like fox or other animal, so their numbers are increasing too fast. This island is located near the Normandy coast of France and controlled by United Kingdom. But now it seems that these Chicken birds have established their government there, which there is no more effective action by the Government.

These birds do not even have protection under law and any one can easily hunt them, but it did not happen till now.

Generally the problem of people living in this island is not quite unique , last month, there were some similar situations in the Titirangi in the east of Auckland, New Zealand, but there cat shape rat were terrorizing the people. These big rats roaming in groups and they do not have any fear from human but also attack on humans as well.