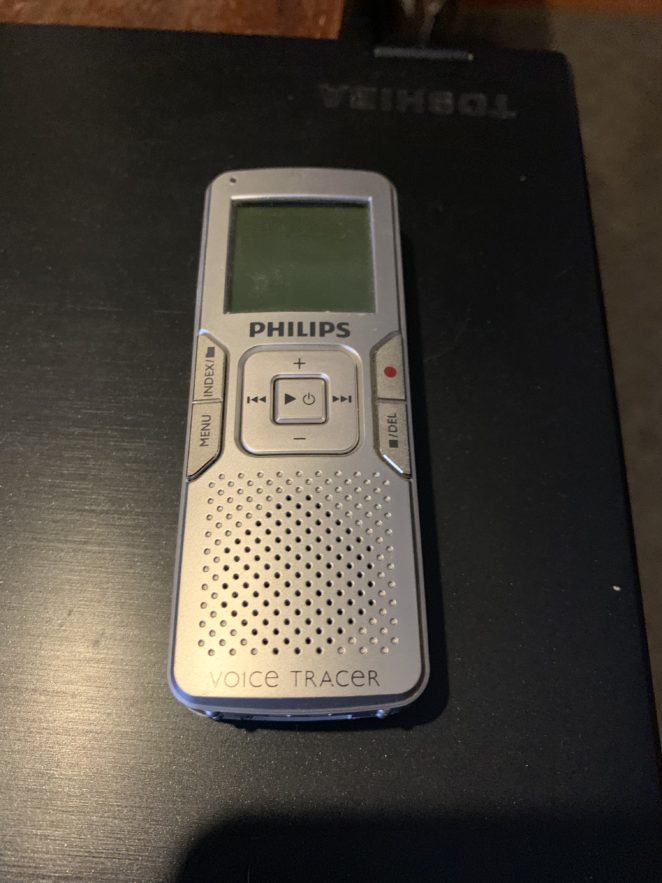 I have a couple of digital voice recorders that I have collected over the years. Two of them were given to me as rewards for completing a task or job. I don’t recall why, just that I was given the recorders. One I bought, but like anything you realize one day that you have them. Sadly no one else wants them anymore, so they sit in a bowl behind my desk. The memo recorder has faded just like a lot of technology items that used to be everything and are now, well worth nothing. That got me thinking about other things that used to be important that well aren’t as important now. One of the things I used to have to deal with was battery life. I carried two laptops and usually three cell phone batteries with me on long flights.

Now you can plug into the seat and not have to worry about power, but in the early 2000’s power wasn’t in the airplane seats (for the most part anyway). I haven’t carried more than one battery with me for a long time. I do have an extended life battery in my bag, but that isn’t just for my phone. It is for everything. I have a laptop that has an 8-hour battery. Now, flying to Asia back in the day that wouldn’t be a long enough battery life, but with plugs in the seat, you don’t need longer batteries. My cell phone can go 24 hours or more without charging, that, however, is dependent on how long I am on the phone in that period.  The longer you are using the phone, the faster the battery drains.

The other thing I don’t have now is the sleeves I use to have for my PPC. I don’t have an air card anymore either. Back in the day, we used to carry air cards for our PC’s. That would allow you to have a network connection. I also had a wifi router that allowed you to plug the air card directly into the router and share the internet for a bunch of devices. Having a hotspot on your android or apple cell phone made those devices (air card and air card enabled wifi router) no longer required. I also don’t carry a pen and paper anymore. I do have a digital pen that let’s me write on paper but convert the generated text into digital. But I used to carry a legal pad and a pen with me all the time.

The things I no longer need continues to grow.