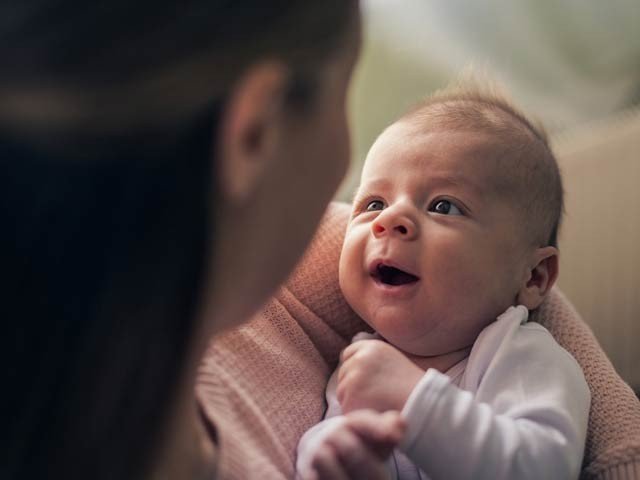 When parents and their older siblings talk to very young children, the part of their brain that activates language knowledge is activated and thus they learn the language a little faster. But it doesn’t end there. Talking to children also shapes their brain structure and makes them grow.

In this regard, children aged five to eight months were sewn and functional magnetic resonance imaging (FMRI) scans were performed during sleep. The experiments were performed in the San Francisco Bay Area and the children were fitted with a state-of-the-art sensor called a talk pedometer. The device recorded 8 hours of home conversations.

Based of this data, experts continue to assess the quality and quantity of speech. Even though children of this age do not speak, they exclude only initial and raw words and letters. Sometimes parents understand the child’s gestures, but most of all, when parents talk to the child, the infant’s brain changes and their brain circuit also changes.

Experts at Stanford University have done this important research. In this regard, 99 infants were placed in a home language environment out of which 51 children underwent brain scan with functional MRI. When sounds are heard in children, a part of their brain, the temporal cortex, is activated, which works to understand language, and thus the child begins to learn the language.

Experts have come to the conclusion that whether the child understands you or not, talking to him in the early days also has its benefits.