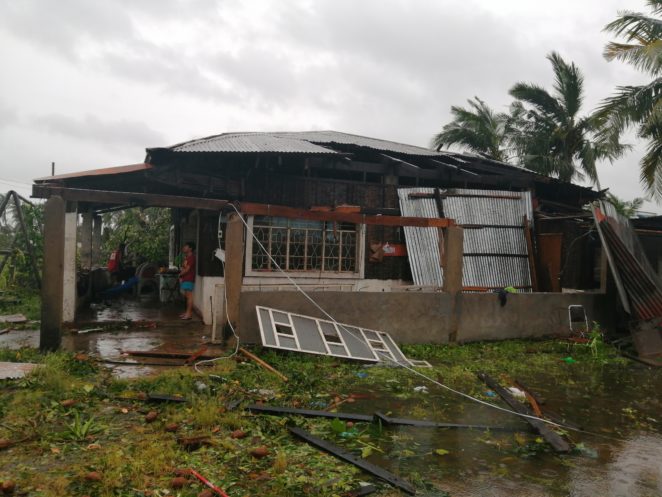 The house was built way back in 1995. I inherited it from my late parents even before they passed away.

It is located two kilometers from the shore and has few neighbors nearby.

Over the years, it has endured the beatings of probably a hundred typhoons. One, in particular, is the super typhoon Yolanda in 2014 and more recently Ursula.

Ursula, though significantly weaker than the Super Typhoon Yolanda, did what the later wasn’t able to do. Rip off a number of G.I. sheets from my roof.

Our country is hit by dozens of typhoons every year. I know that this house took so much already. I need to have it renovated and prepare it for more typhoons to come. In particular, I need to renovate and reinforce the roof.

The Quatro-Aguas roof design has proven to withstand strong winds and even typhoons. But in the long run, it’s very expensive to maintain.

I talked with my brother who was the engineer that designed and built the house to redesign it to Dos Aguas with firewalls on both sides and concrete gutter. The cost would probably be around 150,000 Pesos or $30,000.00.

The big challenge is I have nothing to start with. I plan to start the project in March next year, which is summer.