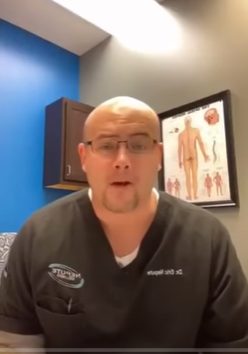 IThis St Louis doctor is just so frustrated, because, as a doctor, it’s his job to take care of his community. that’s his job. He is appealing to the doctors that are watching this video and he sees a lot of them right there where he is and he is wondering why are they not speaking up and telling the truth. He says that he had just told them the fake news about the baby in Louisiana, the one that was born 22 weeks early because the mother had tested positive for COVID 19 and immediately went into distress but they wouldn’t force her at Baton Rouge to go into labor so the baby died but the news headlines were, “Baby dies of coronavirus.

He goes on to ask if they had seen earlier last week, there was a story out of Connecticut where the governor tweeted saying, that an infant had died in Connecticut of coronavirus and then the parents came out and said no their child did not die of coronavirus, their child had an accident at home and died from that. Next, he said, that it is just crazy and that they should go back and watch this and share this because can promise them, this video was going to get removed from youtube today and that there’s no way in hell the powers that be are gonna let this video get out…