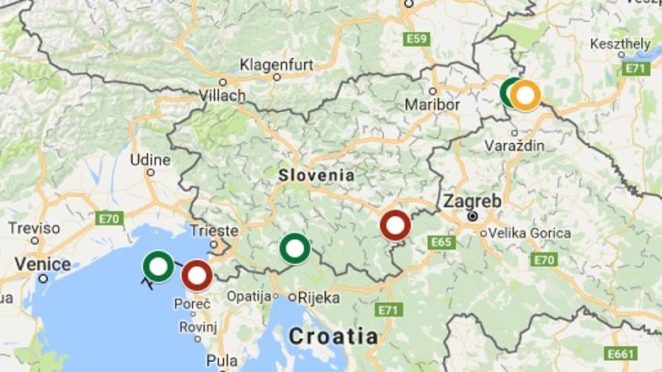 Slovenia is a European country with a geographical position in the far north of the Mediterranean and in the far south of Central Europe. Slovenia borders to the west with Italy, in the north with Austria, in the northeast with Hungary, and in the east and south with Croatia. The area of 20,273 km² places Slovenia among medium-sized European countries. The length of the state border is 1,382 km, of which 921 km is land, 413 km is river and 48 km in the sea border. The Slovenian coast of the Adriatic Sea is 46.6 km long. The capital city is Ljubljana, which is an economic, cultural and political center, and the highest peak is Triglav (2864 m). The currency unit in Slovenia is EURo. A stable and independent state is from 25 June 1991