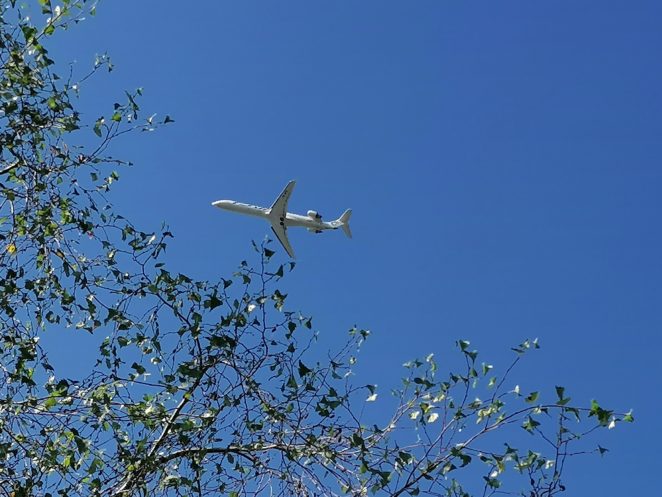 As usual, I took a picture on my walk around a neighboring village. The village is near the airport so this is a great spot to watch planes in the sky because they fly very low here. The sky was clear without clouds and the view was unique. I did a little browsing of aviation history and found out that Edward Rusjan was the first Slovenian airman. He first flew on November 25, 1909, with a double-wing aircraft of his own construction, which he built with his brother Joseph Rusjan. This may seem a bit small compared to the results in the US and France at the time, but it should be borne in mind that the Russian brothers were both planners, constructors and pilots at the same time.