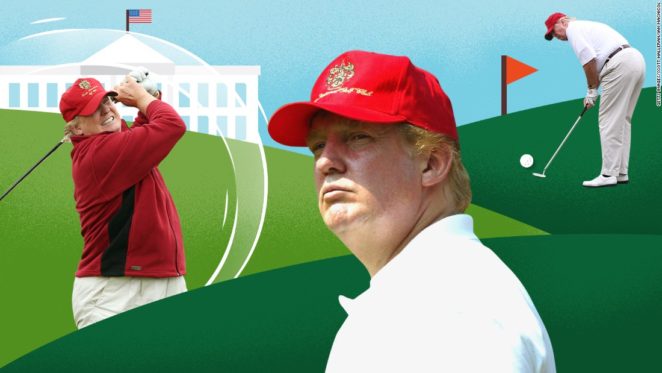 At least, that is the claim levelled at the POTUS by author Rick Reilly in his recent book “Commander in Cheat: How Golf explains Trump”. He based his astounding conclusions on the evidence of many witnesses who were far from unwilling to spill the beans on Donald’s shenanigans on the golf course.

Apparently he thinks nothing of moving his ball, playing the wrong ball if it has a better lie than his, and claiming a “gimme” for a putt of up to six feet!

But does he commit the ultimate crime of faking his scorecard? You bet he does! (according to Rick Reilly)

But can you possibly believe that a man of such upstanding honesty and sincerity would stoop so low as to cheat on the golf course? Surely not!