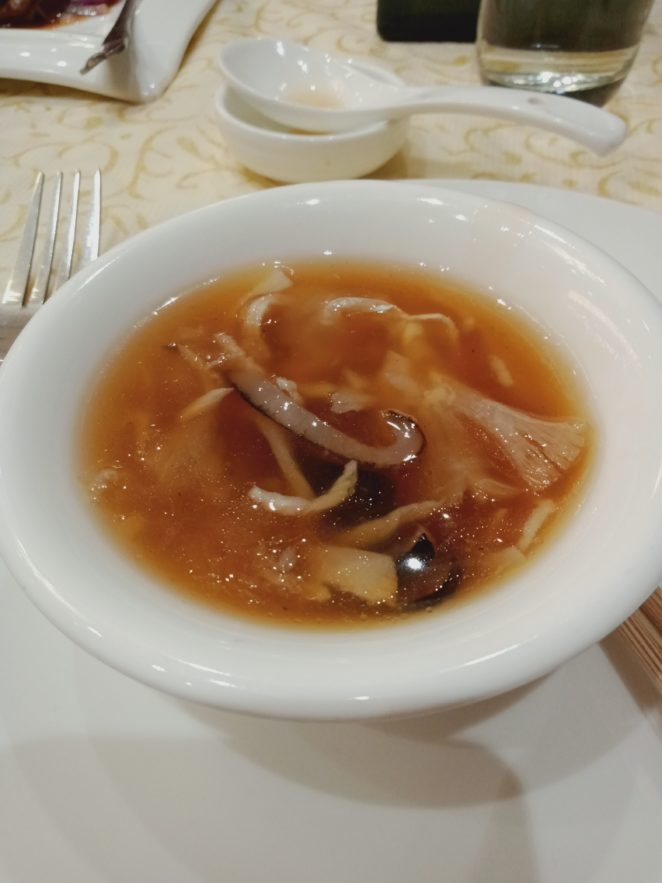 I took this photo of sharks fin soup  when I had dinner with my friend at a traditional Chinese Restaurant two weeks ago.

Shark fin soup is one of the most popular in Chinese Cuisine.  A traditional Chinese Restaurant is not complete without the soup in the menu.

Shark fin soup is famous in Chinese culture because it is believed to have health benefits such as it’s good for the skin, and  lowers cholesterol therefore it’s good for the heart maybe due to the presence of Omega oil present in fish species