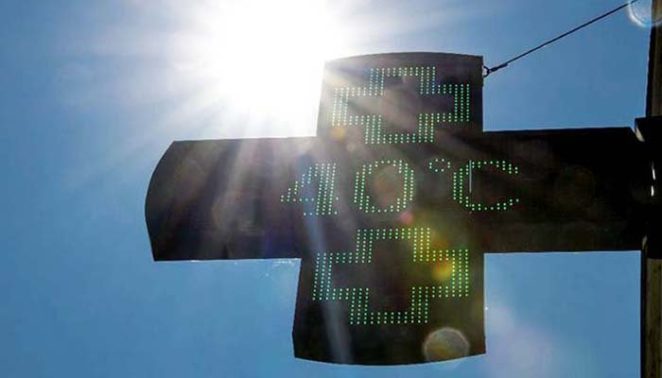 Severe heat wave has wrapped many European countries including Switzerland and the highest temperature of the month on Wednesday was recorded in Germany, Poland and Czech Republic. Some countries, including France and Switzerland, are likely to go up to 40 degrees Celsius on Thursday and that is due to the hot winds from north Africa. While French officials have issued warnings related to human lives due to severe heat wave.

According to Meteorological department, in next three days the intensity of heat will increase in many  places. The temperature is likely to go up to 45 C in the north-eastern areas of Spain and authorities, have expressed concern over the fire in some areas.

In 2003, 15 thousand people were dead due to heat wave in France while due to the current heat wave, Traffic has also been controlled to reduce pollution in many cities including Paris and Leon.

Due to a severe heat wave, examination has also been postponed in many French schools.