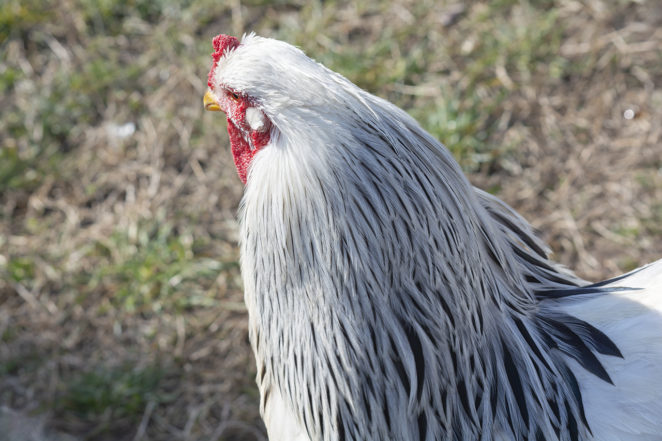 Generally I don’t take portraits of birds but, this hen was so beautiful that it was worth trying a portrait. I don’t know what the breed is but it is very large compared to the hens that my mother used to grow. I love white and black combination of the neck feather.

It seems that the chickens were domesticated 8-10,000 years ago. Probably the first domesticated bird is drawn from the so-called red junglefowl (Gallus gallus) that still roars  through the deserts of India and Southeast Asia. According to many archaeologists, the chickens were not initially domesticated as a source of meat and eggs, but for the fights organized between the roosters.

Of relatively small size, resistant to diseases, which produce many eggs and had a meat with a high nutritional degree, the chickens  play a decisive role in the feeding of humans.

This extremely important bird for mankind, the hen will be with us in the future!