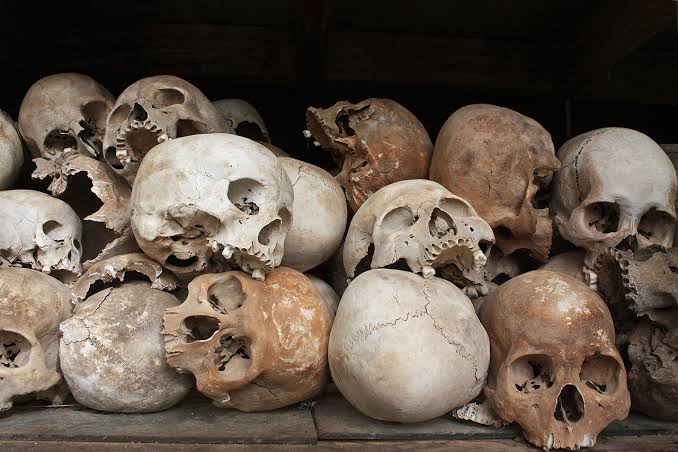 When Rwanda is mentioned, what comes into people’s minds is the 1994 genocide. The figure of people who we’re killed varies from 500,000 to 800,000 to 1,000,000. The Tutsis, the minority tribe in the country were being targeted by the majority tribe, the Hutus. Also, people and politicians who opposed the ruling government were killed irrespective of their tribe.

The story of genocide begins when the Tutsi monarchy was overthrew by Hutus in  1959. This led to many Tutsis fleeing to neighboring countries.

A group of Tutsis who had fled from their country formed a group known as Rwandan Patriotic Front (RPF). The armed group invaded Rwanda in 1990. This led to fighting that carried on until 1993 when a peace deal was reached upon.

The genocide incident occurred when the plane the president of Rwanda was riding on was shot down on April 6, 1994. The RPF was blamed for the incident by Hutus extremists but the group said the Hutus shot down the plane as an excuse to carry out attacks against Tutsis.

Opponents of the then current government were killed together with their families. Neighbors turned against their fellow members – mostly Hutus against Tutsis. Husbands killed their wives who were Tutsis. They feared if they didn’t do that,  they would be killed by the militias. Women we’re taken as sex slaves.

However, there were Hutu sympathizers who hid their Tutsis friends and/or loved ones. Some of them were killed for providing a haven for Tutsis.

The killings went on for 100 days (April 6 to mid-July 1994) which saw an estimated 800,000 people killed especially by crude weapons. Two extremist Hutu militia groups were involve in most of the killings.

It was one of ugly incidences to ever occur in the world. The international community was blamed especially France for doing nothing to stop it. The US didn’t want to get involved because many of their soldiers were killed in Somalia.

An international tribunal was formed by United Nations in Arusha, Tanzania to try the ‘big’ or powerful people. The common citizens who were involved in killings were tried by small community courts that were mostly done in open spaces.

It is prohibited to talk about genocide in Rwanda so as not to elicit ethnic hatred.