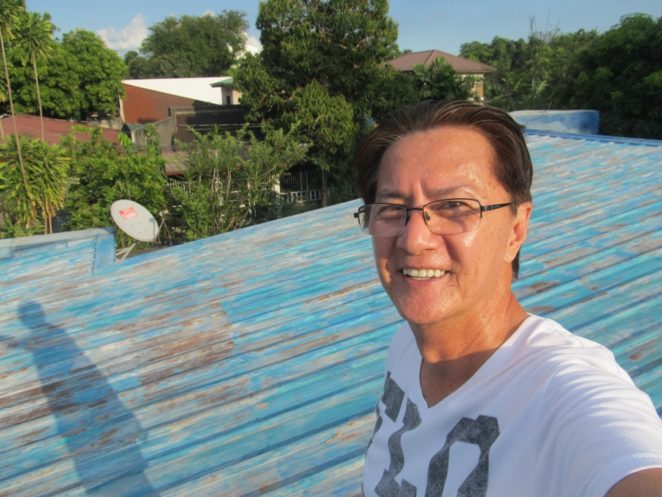 When an aunt bought a house in a windy city near the volcano lake, everyone was excited when we were invited for the house blessing. Upon arriving, I instantly noticed the rusty parts of the metal railing. There’s also rust in some other parts that are iron or steel. The place is like a magnet for rust. My cousin said that the air from the volcano has sulfur which creates the rust. That means the metal parts of the house should be maintained. What about the tin roof?

Fortunately, rust is now easier to remove. There is a fluid called rust cleaner or rust remover that you apply on the rusty surface and after an hour it can be cleaned by water and rag. The rust may not be fully removed but most of the rust would be gone. It is then time to apply paint to give the metal a better protection from the rust.