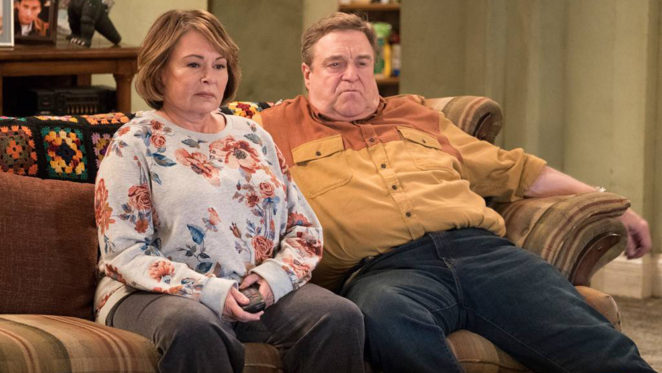 In full dis-closer I think I must tell you that I did not vote for Hillary or Donald. I do recognize that Don Trump is our President and hope he is successful. I want things to go well for the country no matter who the president may be.

This show was touted as designed for Trump Supporters. I recorded the show so I could rewind and make sure I didn’t miss anything or get something really wrong. I expected the show to be very political and what I viewed was like an overstuffed taco.

I felt like they tried so hard to make it all inclusive I wanted to go to the garage and have a beer with Dan. (They forgot to have a native American show up in the cast.)

I watched it clear through once and was overwhelmed. I am not sure anything really got resolved in the show. I thought the line “liar,liar, pantsuits on fire” was funny. I was not impressed that Roseanne told the school children she was a witch.  I agree that the child must wear underwear to school.

Honestly, I am going to need to sit through it again and try to figure it all out.