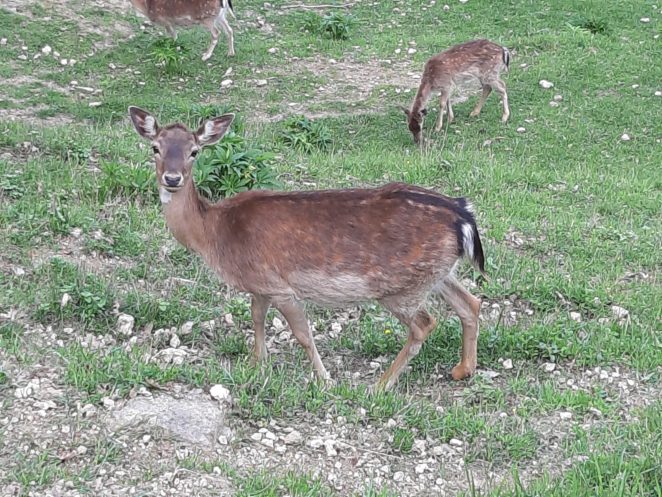 Roe deer is best known in forests with dense undergrowth and scrub. The mosaic intertwine of meadows, pastures and fields with small forests corresponds most to her. In this century, deer has also adapted to life in open fields. Roe deer is widespread and frequent from the seashore to the upper forest boundary. By the second half of the 19th century, Slovene territory was scarce and was about a hundred times less than today. It began to become more frequent by extensively cutting out the rainforests and growing scrubs and diluting large carnivores. It lives throughout Europe to the north of Scandinavia, the Urals and Asia Minor. I was painting these beautiful animals not far from my home when they were beautifully walking on the nearby meadow.