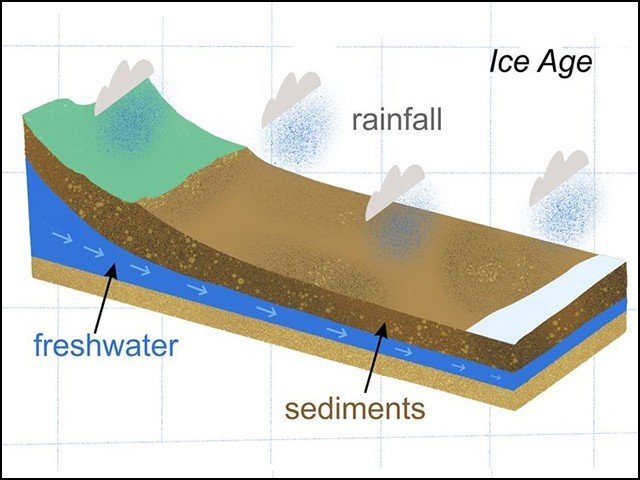 Scientists have discovered a large reservoir of fresh water reservoirs inside the deep seabed that extends over 2000 square kilometers, or more than the Lake of Ontario.

This water reservoir has been discovered inside the seabed near the southern island of New Zealand, which is aided by modern techniques for oceanography investigations through seismology and electromagnetic fields.

Using these two techniques, a 3D map of the depths of the seabed was made, in which this freshwater reservoir can be clearly seen. The discovery is the result of eight years of ongoing research, suggesting that the freshwater reservoir is located about 65 feet deep in the seabed, 60 km from the New Zealand coastal town of Timaru.

This freshwater reservoir has as much water as the Olympic-sized swimming pool of 80 million. The discovery of such reservoirs is of particular importance in relation to the availability of fresh water in the future.

Be clear that only a few “underwater” reservoirs of freshwater have been discovered so far, so it is premature to say the number of such reservoirs in the oceans, rare or abundant.