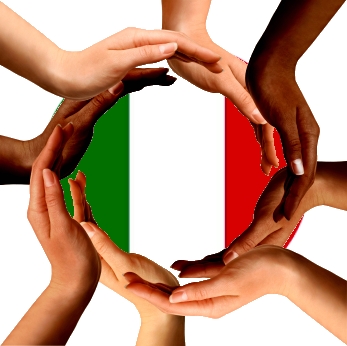 Parts of Asia and Africa have been affected by civil wars, forcing the inhabitants to leave their homelands and look for safe places where to stay.

You may have heard of Syria, or Libya, and there my conspiracist side comes alive.

These were countries with dictatorships, and oil.

Some western countries decided to help the rebels and fight against the regimes, for humanitarian purposes only, and what followed was chaos.

Libya is currently divided into areas that are managed either by the new government or independent militia groups.

Meanwhile, the Islamic State threatens parts of Sub-Saharan Africa, both the West (mostly Christian) and the East (mostly Muslim).

In case of political instability, or civil wars, many people seek shelter in other countries. Most of the time, they flee to neighboring countries. Sometimes, refugees look for protection in a place farther from home. It could be for the better living conditions, perhaps to avoid being persecuted for their religion or ethnicity, or they may have relatives in that distant country they plan to reach.

Yet, not all those who come to Europe are recognized as refugees. It takes months for the requests for asylum to be checked, and at least half of them are rejected as they don’t fit the requirements.

Those who were rejected turn into illegal migrants. They often can’t be deported as there are no agreements with their home countries, making detention centers useless. Many will just wander in the city, earn a living by engaging in criminal activities, panhandling or working as farmhands for a wage that’s way below the minimum. Women will often rely on prostitution.

The lucky ones, those who were given asylum or a temporary protection status, would be hosted by private structures which offered room and board in exchange for money.

Despite the reward for each guest was high, several structures provided very poor services. An infamous case was of migrants complaining about food, allegedly rotten, that was served. Propaganda made these people look like spoiled kids and it took a while for the majority of Italians to realize their complaints were reasonable, and that it wasn’t their fault if the private structures were greedy and turned a humanitarian cause into a lucrative business.

Moreover, the structures were supposed to offer services that would enable the guests to merge with society, from Italian classes to volunteering, or vocational training to enter the world of employment.

Mainstream news are never about the success stories, but I sometimes read articles on Facebook or see these people working legally. At the same time, I see many Africans hanging out in parks, doing nothing, that make the stereotype of “being lazy” skyrocket. However, I don’t think they can really be blamed if the hosting country is unable to provide the activities needed for integration.

The youth unemployment rate in Southern Europe is very high. In Italy, one young person out of three doesn’t have an occupation. Most Italians stay home, unlike migrants, so most people believe the problem is only within the minority, because that’s all they can see.

This post was long, but hopefully not too boring.

The migrant crisis made things worse, but again, you can tell propaganda enhanced intolerance by exploiting the situation.

I have good news, though. Now the focus is no longer towards the migrants, but those who carry them here, but that would mean talking of politics and I’d rather avoid that now.