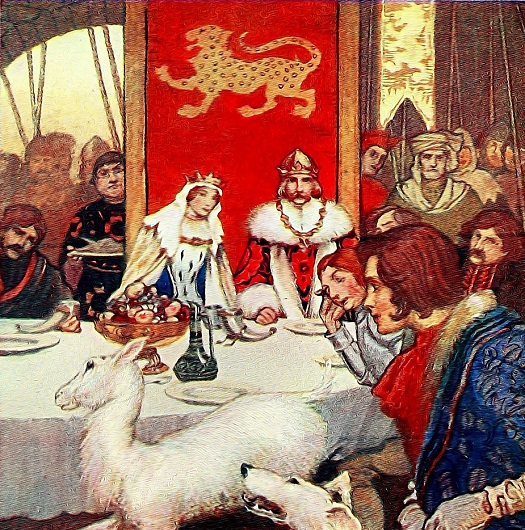 Do you ever latch on to a quote from a movie or TV show and think to yourself:  ‘That is so wrong!’

Sometimes you hear a line a character spoke and you don’t just disagree,  but you even worry that others may have heard those same words and believed them.  You start thinking about all of those poor ignorant misguided souls persuaded to believe something so erroneous, so false.

OK. Maybe you don’t get that carried away.

One of my favorite TV series is “The Adventures of Merlin”.  Merlin was a wizard with extraordinary powers and he was King Arthur’s friend and counselor.  Uther was King Arthur’s father.  He had passed away but Arthur went to visit him in the world of the dead, to seek his counsel.  Arthur unintentionally left an opening between the world of the dead and the world of the living. Uther walked through the opening,  He was a tad bit upset that his son had married a commoner and the only reason his son gave for marrying her was … because he loved her.

“There are some things that are more important than love.”

These were the words spoken by King Uther’s spirit to his son.

Those words really upset me.  I fervently believe in the power of love and found the king’s words very disconcerting.  Surely, nobody agrees with Uther.  Thank goodness he’s a fictional character and that was just a line in a TV show.  Whew!

? ** Indulge your Merlin mania. ** BBC Fantasy Drama : The Adventures of Merlin ~ https://t.co/1rchI9PtFD … #reviews ~ For fans of #Arthurianlegend and particularly for those who love the wizard Merlin. #BBC #fantasy… https://t.co/AC92gkn0xL