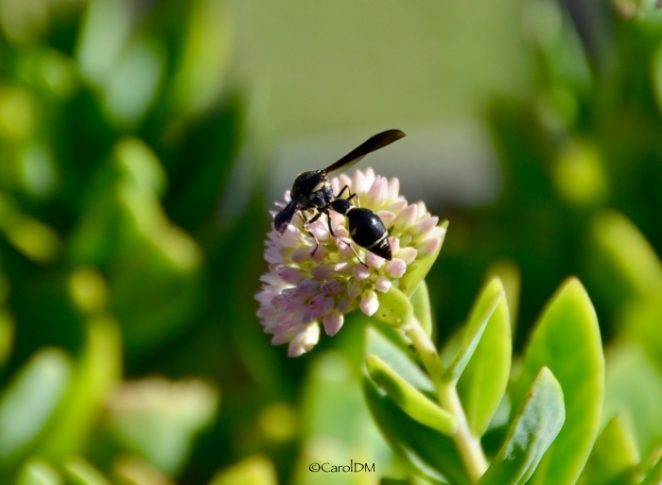 The best I can tell, this is a Potter Wasp on my sedum. I have several types of wasps around. The yellow bands on this makes me believe this is a potter.

All potter wasps are hunters of caterpillars. A female generally looks for abandoned nests from other types of wasps; it is easier than building one from scratch. Once a nest is obtained, she hunts down a caterpillar, stinging it only to paralyze it. She brings it back to the nest and packs it inside a cell with a fertilized egg. Once the egg hatches, the wasp larva eats away at the caterpillar, eventually killing it. The larva pupates and emerges as a winged adult. Potter Wasps are not aggressive and generally leave people alone. They may build nests close to human habitats, which could cause more encounters between people and the insect, so removing piles of wood from the exterior of the house can help prevent a population from growing uncomfortably close to high-traffic areas.