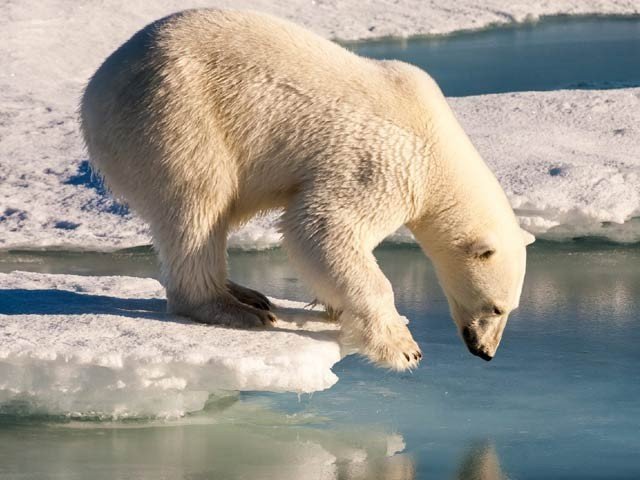 Yes! Now, thanks to science, even the snow bears themselves have been able to send messages and e-mails to humans. But for that, the bears need to be brought to sleep and given the necessary equipment.

Scientists at the Norwegian Polarance Institute, John Ars, receive monthly messages from females bears living in the Arctic region. Some of them come in the form of simple notes like SMS and some emails. The district is located near Norway. There are 300 polar bears in the area called Svalbard, while there are only 26,000 polar bears left in the world.

Each year, scientists place satellite collars on 70 polar bears, each of which transmits a satellite call once every 24 hours that contains these movements and other information. All the details go directly to John’s email account. Information about the movements of these animals is very important for experts because it allows us to know the effects of climate change on animals. Then we can also learn how animals are adapting to this changing environment.

The ice in the region is melting rapidly and a large number of polar bears are being severely affected, These simple creatures are moving very fast to other areas. Before installing the tracking collar, all bears were weighed and samples of various body fluids were taken to assess their health and air pollution.

Thanks to this electric collar, it is possible to estimate whether the bear is going to the cave or not, because in this case, she often gives birth. Experts also said that the polar bears are trying to adapt to the changing environment.