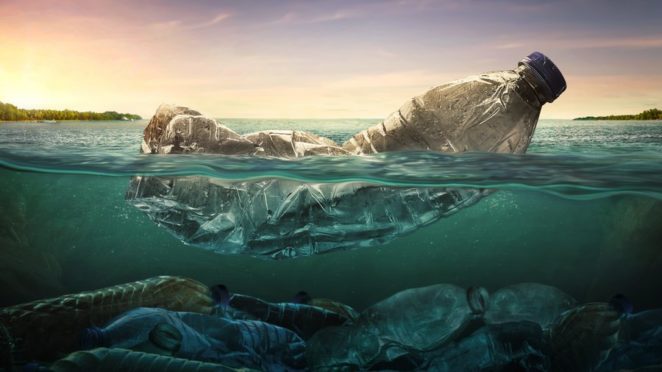 A lot of people are talking about the amount of plastic being dumped into the oceans. This plastic can cause problems for ocean life. Anyone with half a brain wants to deal with the problem. However, knowledge about the exact extent of the problem is in short supply. A lot of the reporting in the US media makes it sound like Americans are filling the oceans with plastic bags and straws. This is simply not true and the lack of facts is resulting in bad decisions being made.

The Helmholtz Centre for Environmental Research (UFZ) has begun a study of the problem entitled MICRO-FATE to determine what happens to the plastic as it ages. It involves a 5-week study aboard a research vessel named the Sonne (German for sun). The trip will travel from Vancouver to Singapore.

We don’t know where the plastic is accumulating and how much is actually accumulating. The little we know comes mainly from computer models and observations from airplanes.

Previously the Helmholz Centre had studied the source of oceanic plastic. Their conlusion was that it comes from ten rivers, eight in Asia (the Yangtze, Indus, Yellow, Hai He, Ganges, Pearl, Amur and Mekong) and two in Africa (the Nile and the Niger). Not surprisingly, the greater the population along the river,the more plastic was dumped in the water.

Efforts to Reduce Plastic in the USA

Some companies have also established policies to deal with the plastic, some more workable than others.

However, even if these efforts successfully reduce the amount of plastic waste generated in America, it will contribute almost nothing to the global problem since Asia and Africa are the main sources.