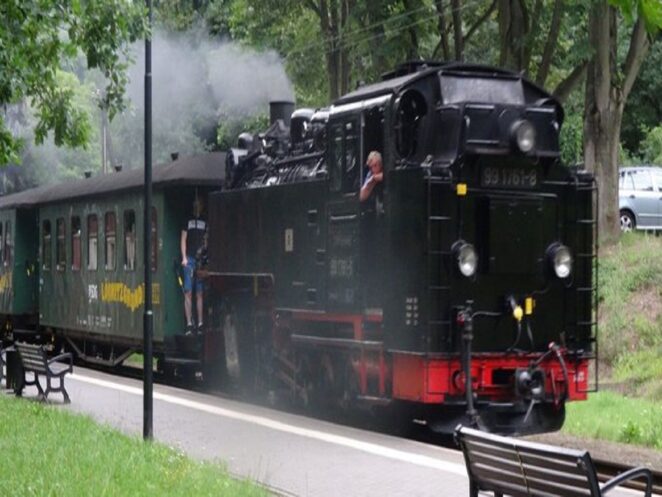 The theme of the Ileana photo chain challenge is train.

Did you know that the train is among the most energy-efficient and safest means of transport in the world? Of course. So why don’t we go by train more often? The first steam locomotive ran on rails in Wales as early as 1804. Since then, transport technology has advanced greatly, and the train nevertheless remains one of the more popular means of transport. How many times do we have the opportunity to observe the beautiful surroundings while driving? There is a lot of time on the train to observe the surroundings.

Rail transport is one of the safest forms of transport and also very efficient in the use of space; a double-track railway can carry more passengers or freight in a given period of time than a four-lane road. As a result, railways are often the largest form of public transport in several countries. In Asia, as well as in Europe, millions of people use trains as their main means of transportation.