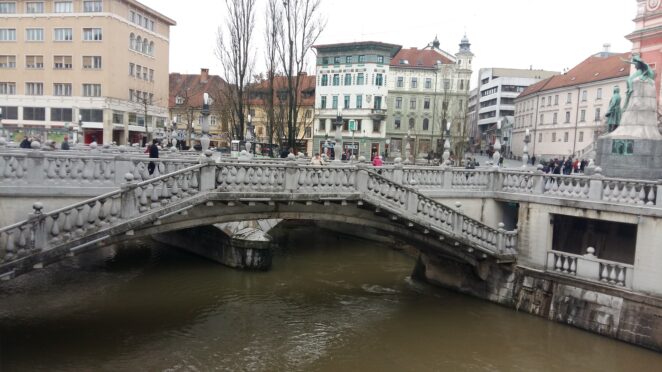 Ileana has taken on the new challenge of Photos Chain.

The latest link to the Photo Chain challenge has been added by Ellie. I chose the bridge as an element.

The Triple Bridge is located in the heart of Ljubljana. It is the most famous and popular bridge in Ljubljana, where lively events take place. The central stone bridge of the Triple Bridge from 1842. The bridge was the most important bridge of the walled city. After World War I, because of increased traffic, the bridge wanted to be torn down and widened. Thanks to architect Jože Plečnik, the bridge was preserved, as between 1929 and 1932 Plečnik added two side bridges to the central bridge, intended only for pedestrians, thus creating a unique architectural feature of the city of Ljubljana.