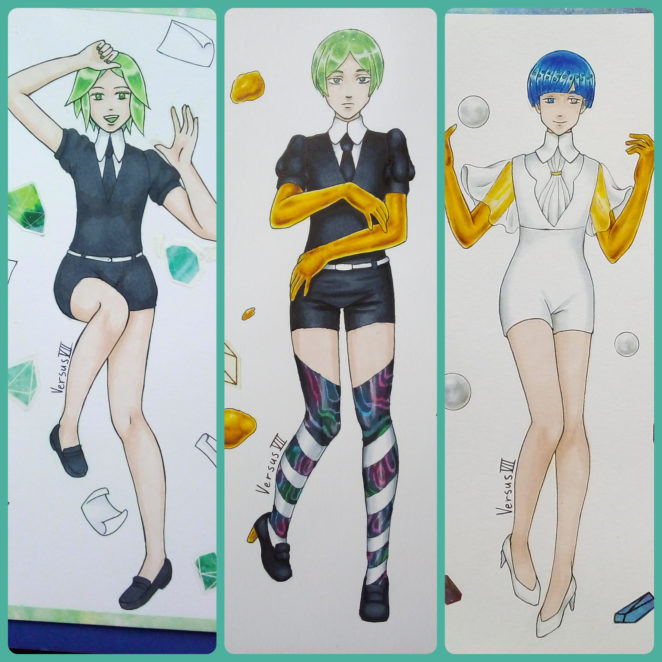 I really enjoy the manga Houseki no kuni (or land of the lustrous) by Haruko Ichikawa. Each month I wait for the new chapter to read it in one row. I decided to drew Phos, the main character, in it’s 3 main looks.

At the beginning of the story Phos is a naive and cheerfull gemsona. Phos tried so hard to be usefull to its community that he changed a lot during the story. After being decived, it lost its original legs and its arms. The were replaced with agate and an alloy of gold and platinum. It lost its head during a battle and was replaced with the one of another gem (Lapis Lazuli).Phos also lost some companions in battle and decided to go to the moon to bring them back. There its clothes were replaced with the white jumpsuit.