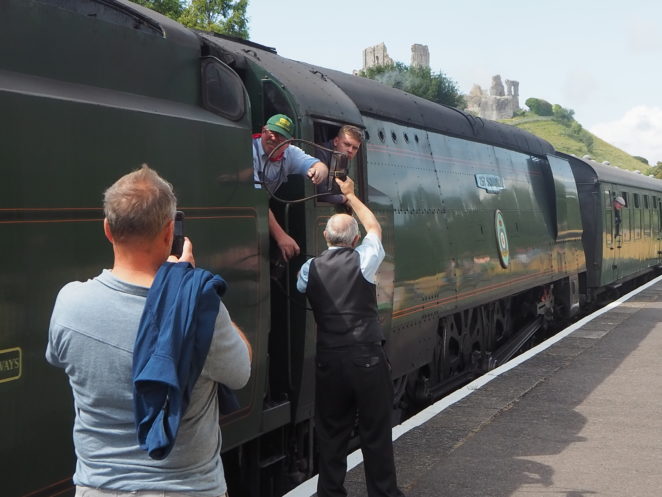 This was taken at Corfe Castle station on the Swanage Railway – a preserved steam line.

The driver is collecting a token from the signalman that will allow him to proceed down the next piece of single track until he gets to another passing place, where he will surrender the token so that it can be handed to the driver of the next train proceeding in the opposite direction.

This used to be a common sight on the railways when they only had a single track, with the obvious intention being to prevent head-on collisions. With only one token being used for each section of track, and no train being allowed to proceed without a token, the system should have been foolproof.

Unfortunately, this was not always the case and fatal mistakes were sometimes made when the wrong token was given to a driver who neglected to check that he had the right one. However, this never happened on the Swanage Railway!