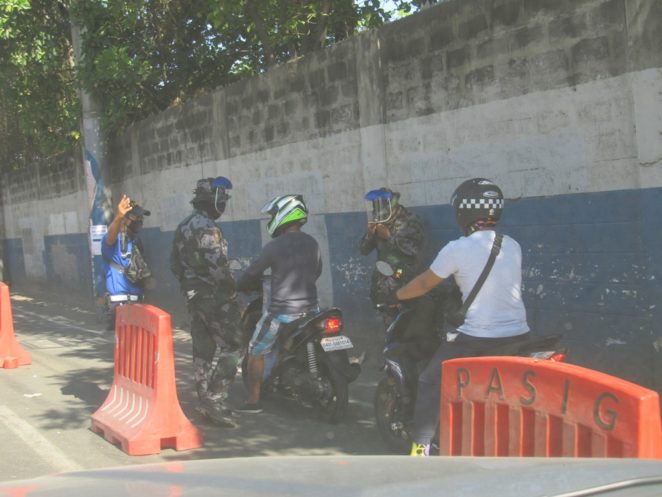 There is a test run of motorcycles here to transport people. That is the reason why the so called riding in tandem is very prevalent. Motorcycles are allowed to bring a passenger, just one passenger. They say that the motorcycle as a public vehicle is the solution to the heavy traffic on the roads. Motorcycles usually are not held in traffic since they can use a little space to move.

But the issue now is the accident that involves motorcycles. In one of our trips, we saw a woman sprawled on the road beside a man. It appears that the woman is a passenger and the man was the driver of the motorcycle. They fell when a car almost hit them. It is risky to ride a motorcycle and the bus is always preferred. What is your take on the motorcycle to take a passenger?