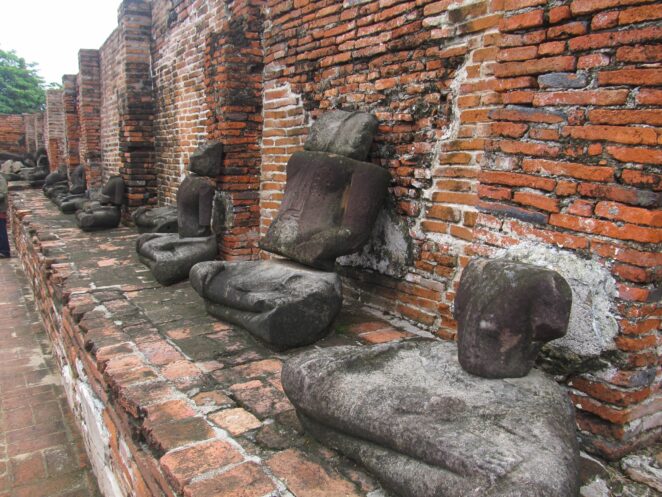 In Manila we have the old walls of Intramuros. The wall was built to protect the soldiers from the invading enemies. The brick wall has a story to tell, so they say. In Thailand we also saw some ancient walls of the temple. It was in ruins but the relics can still tell a story of the past.

The walls were actually walls of a temple that invaders burned. A temple is for religion which showed the evil intent of the invaders. Now I realize that making walls instead of bridges is silly. But we have to build walls as protection.