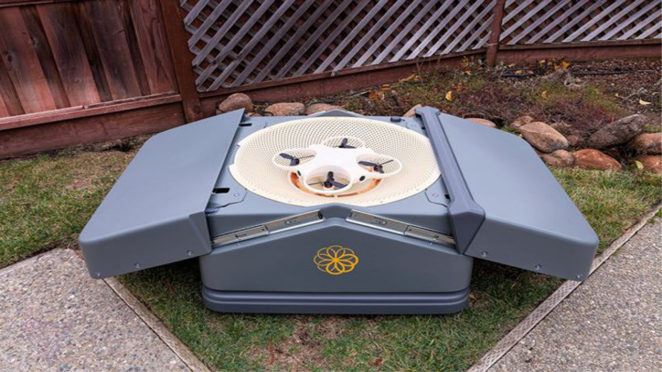 Countless uses of drones are occurring daily, Now the US and Swiss companies have jointly developed a drone that guards the house. He not only informs the phone app of any suspicious situation, but also details it himself.

This latest home surveillance drone is developed by Sunflower Labs but his price is extraordinary. Its entire set consists of several sensors and launching pads. That is the reason why its price is so high that it is worth $ 10,000, or Rs 1.5 million.

Price aside, the company claims it’s the world’s first drone that completely protects the home. And equipped with all kinds of sensors. Another feature is that the drone is fully independent and monitors the house and the garden and the hall.

This drone held at the CES Annual Exhibition of Household Electrical Goods in Las Vegas has become very popular and the public has expressed a keen interest in it.  The drone will be available in the market by the middle of this year.

There are three main parts of this drone system, namely sunflower, bee and hive, sunflower, hive and honeybee. Sunflowers look like lights on the lawn of a home that keep moving and note the vibrancy. Sunflower sensors, on the other hand, can discriminate between animals, humans and vehicles, and continue to map the entire home. Bee is an automatic drone that flies under the GBS system without hitting the house and broadcasting video in real time. While the hive is where the drone stops and as soon as the sunflower reports any suspicious activity in the house, the drone immediately flies out of its place. It has an artificial intelligence-based automatic system and is completely waterproof.