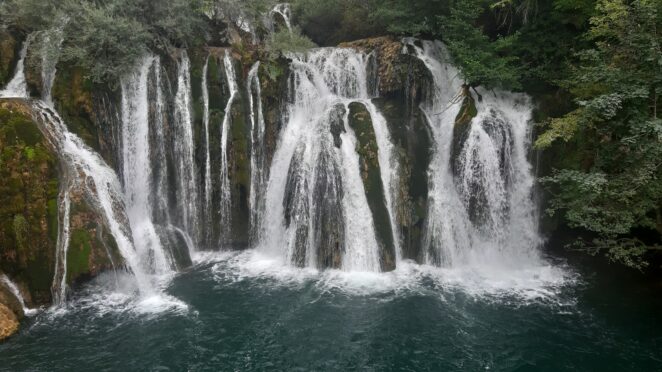 Una National Park is one of three national parks in Bosnia and Herzegovina. It was declared a national park on 29 May 2008. The National Park Area is located in the far northwestern part of Bosnia and Herzegovina, in the territory of the Municipality of Bihać and belongs to the Una-Koran Plain and includes the valleys of the Una and Unce Rivers. The peculiarity of the Una River is the extreme length of its “tufted” stream with various accompanying phenomena (tufa caves, tufa islands, barriers and waterfalls), as well as exceptional valley forms (Martin Brod, Kulen Vakuf, Klisa, Lohovo) and gorges of gorges. , up and down from Martin Brod and down from Štrbački buk.