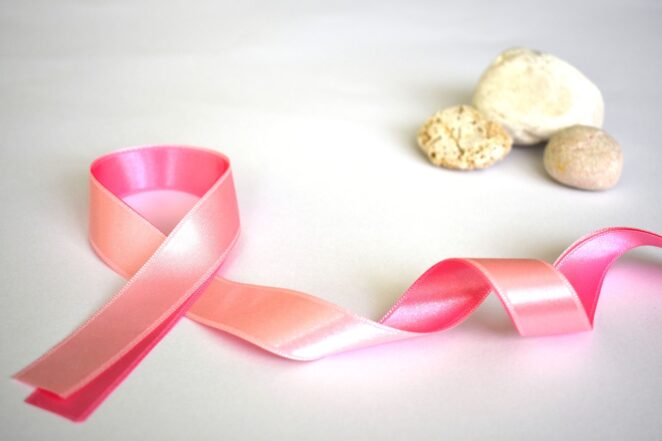 According to World Health Organization (WHO), breast cancer is among the top eight types of cancers with the highest rates of diagnoses and deaths. They include: lung, stomach, breast, colon/rectum, mouth, liver, cervix, and esophagus. “Together they accounted for about 60% of the 6.3 million cancer deaths and 10.3 million cancer cases in 1996.”

WHO notes the high percentage of women diagnosed and dying from breast or lung cancer is becoming a worrying issue. As noted by the same organization, over 508,000 women died in 2011 as a result of breast cancer. Thus, it has been ranked as the second notorious cancer disease – with the highest rates of deaths among women after lung cancer.

Due to the high rate of women diagnosed and dying from this type of cancer, a lot of myths have cropped up which has led many people to believe the myths as facts. Thereby, this article aims to dispel such myths by setting the record straight.

Men do and can get breast cancer. They are not immune from the disease. Despite the fact it’s common among women, a number of studies have revealed the disease can develop in men.

The disease is common among women due to the fact women have more breast cells than men. In addition, the level of female’s hormones in men’s breasts is less than those in women. The female hormones are responsible for the growth of women’s breasts, thereby they can aid in the growth of cancerous cells.

This is far from the truth. In spite of the fact older women are more prone to get the disease than young women, cases have been reported of women as young as 20 contracting the disease.

Unlike older women (40 years and above), it is very difficult to diagnose the disease in younger women because they have denser breasts.

Medicine Net states, “Diagnosing breast cancer in younger women (under 40 years old) is more difficult because their breast tissue is generally more dense than the breast tissue in older women. When a lump can be felt, the case is that the cancer often is advanced.”

9.  Having a Lump is a Sign You’ve Breast Cancer

One of the signs of breast cancer is the formation of a hard Lump. However, this is not always the case. The majority of lumps detected are benign, meaning they are not cancerous.

As a precaution, if a woman or man notices a persistent lump on her breast, she should go for clinical tests to determine whether she has developed the disease.

8.  Wearing a Bra Can Cause Breast Cancer

A book published in 1995, written by Sydney Ross Singer and Soma Grismaijer titled, Dressed to Kill, claimed that women who wear bras are more likely to contract the disease than those who don’t wear.

The authors claimed women who wear underwire bras for more than 12 hours are more apt to get the disease than those who don’t wear such bras. They state that the bras block the lymphatic system thereby causing toxins to upsurge in the breasts resulting to growth of cancerous cells.

Nonetheless, there is no conclusive evidence that wearing any type of bra can lead a woman to develop breast cancer.

While it is a fact stress can lead a person to develop various health problems, there is no scientific study which has so far shown any link between stress and development of breast cancer.

6. A Family History of Breast Cancer

If a woman has a family history of breast cancer, it doesn’t necessary indicate the woman will get breast cancer.

It’s very hard to pinpoint a particular risk factor led to the development of breast cancer.

5. Causes of Breast Cancer is Known

Scientists don’t know the cause(s) of breast cancer. It is not known how the risk factors can lead to the possibility of a woman developing breast cancer.

Despite the fact hormones do play a part in the formation of cancerous cells in the breasts; scientists don’t know how this occurs.

In the case of abortion or pregnancy termination, no link has been found between it and breast cancer. It doesn’t increase the chance of a woman getting breast cancer.

There is no conclusive proof to show the above two cause breast cancer.

Generally, cancer develops when the cells of a particular organ don’t grow as they’re supposed to. Normally, the cells grow and divide to form new cells as needed by the body. When this controlled process is interfered with, it results to development of abnormal cells. These abnormal cells divide uncontrollably leading to formation of lumps or tumors.

The tumors can either be benign or malignant. Malignant tumors are cancerous as they spread to other tissues of the breast to the extent they can spread to other organs through lymphatic system and blood.

Therefore, it’s not possible for breast cancer to spread from one person to another.

Mammograms do not aid in either preventing or reducing the risk of breast cancer. They only aid in detecting the disease, the earlier the better. When breast cancer is detected early on then early treatment will be administered.

According to Medical News Today, a study carried out in 2015 by JAMA found out that mammogram doesn’t reduce the risk of woman developing breast cancer. “While mammography was associated with a 16% increase in breast cancer diagnosis, researchers found it was not linked to a reduction in death from the disease.”