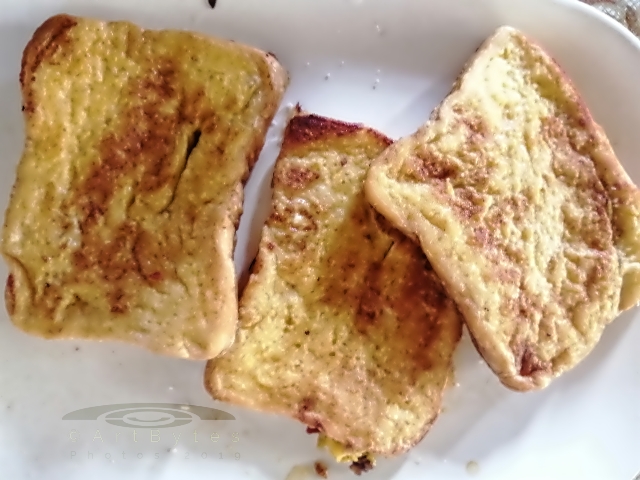 I have always wanted to try the French toast. However, I don’t really go out early in the morning just to have one from a restaurant.

This morning I thought I would attempt once again to make some French toasts. Yes, this is not the first time that I tried doing it.

In my previous attempts, however, I didn’t even have any butter so I merely used cooking oil. This morning, I have some butter but don’t have anything else.

So I made some very simple French toasts. No vanilla, nor anything that would add flavor to them.

I made four slices. Two slices we’re more than enough for me. My wife is not really a breakfast person, so I ate the remaining two for lunch with a slice of chicken ham.

They were not really fancy but, they were satisfying.