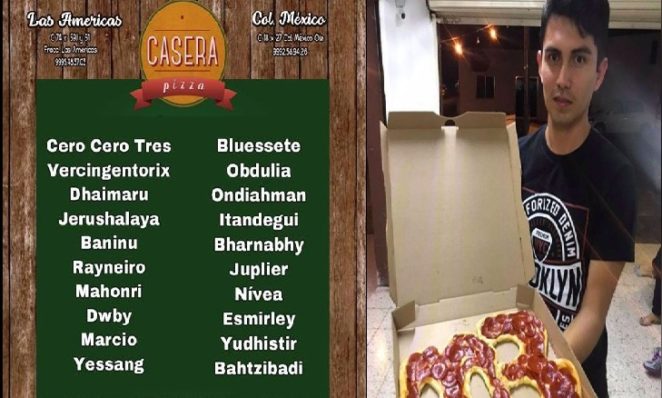 In some science fiction novels and stories, humans are given numbers instead of names. But the “real and legal” name of this young Mexican youth is “Cerro Cerro Torres” (zero zero three), which was kept by his parents and also registered.

This young man’s full name in Spanish is “Cerro Cerro Tres Miller Santos Chibli” Due  to this unique name this young man has also won a weird competition organized by a local Mexican pizza company and as a reward, he has also been has given two large pepperoni pizza.