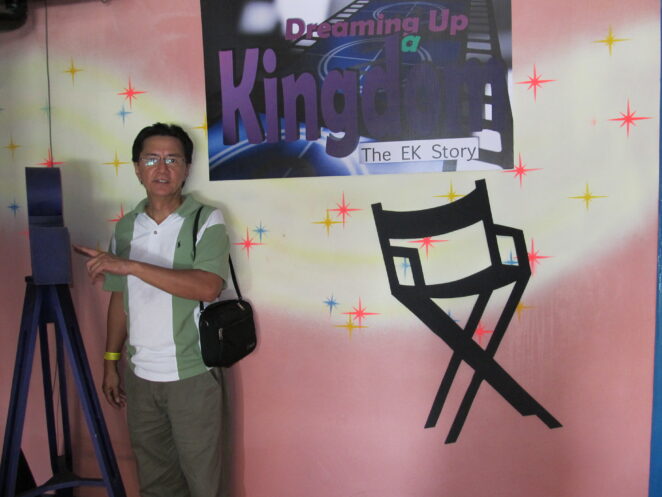 The movie industry was represented by the camera that uses film. It is a big camera that rests on a stand because it is too heavy to carry. But as time went by the camera was getting smaller. Now that digital is the name of the game, the smaller the camera, the better the resolution.