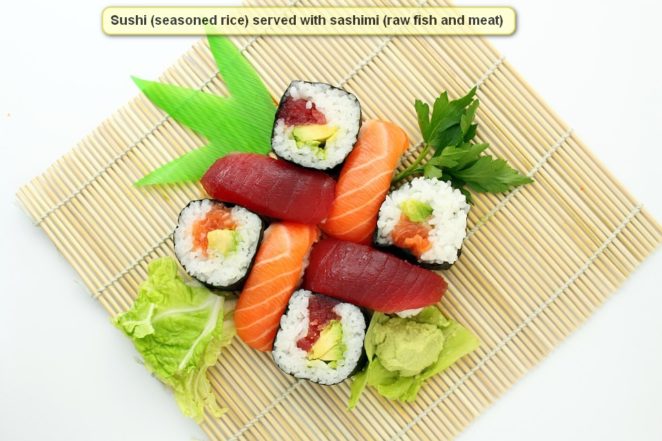 I sometimes wonder what the Japanese must think about the propensity of Americans (and others) for the misuse of the word ‘sushi’. I’d imagine that some of them are quietly amused, even though the difference is so simple to understand.

Sushi is seasoned rice that is cooked in a specific way. It may or may not contain meat or fish.

Sashimi is raw fish or meat. It may or may not be served with sushi rice.

This is good business sense on the part of the Japanese restaurants, though I can imagine a potential issue that could arise if someone who actually knew the difference between sushi and sashimi ordered sushi and complained when it was served with raw meat or fish.