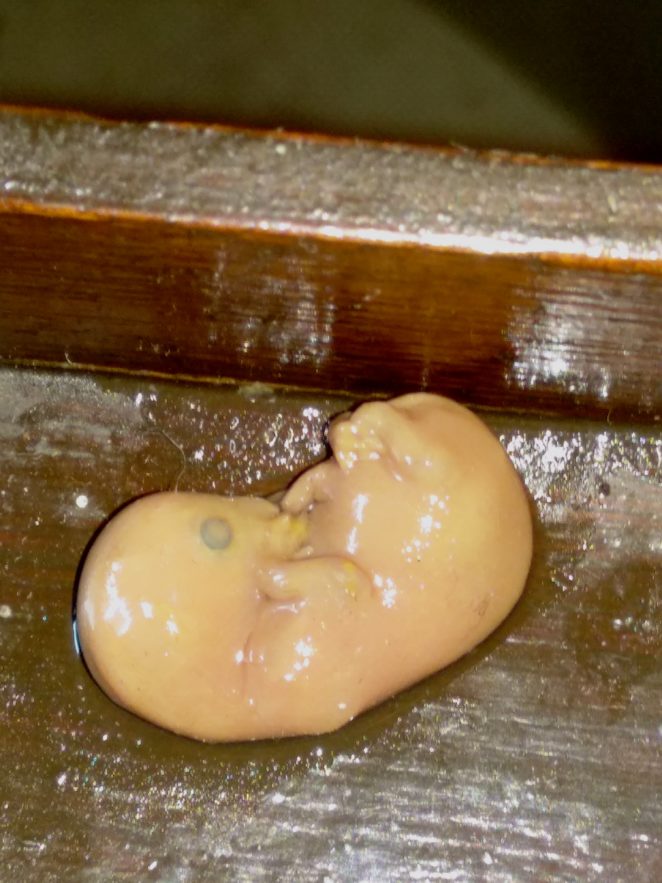 With a view to taking a break, I returned early from the office this afternoon. I thought it would be good if I could sleep at least one hour at home because my wife and I had to attend NGO meetings in the evening.

I’ve just laid down and not closing my eyes yet, when Alanda went into my room and called, “Daddy, look, why Susie is behaving strangely?”

Then I will get up from the bed and come to Susie who seems to be trying to reach two kittens from the hand of my daughter who has just lifted from their sleeping box while meowing strangely. “Heyyy… what’s wrong with you, Susie?” I asked Susie, rubbing her head. Alanda I immediately ask to enter her room so as not to be disturb.

Susie continued to be anxious and followed my every step. After minutes, soon she ran behind the drawers in the corner of the TV room, one of her favorite hiding places. Just for a moment, then she paced back and forth. That’s when my eyes suddenly caught pink water splashes on the floor. I also asked my wife, “What water is that drop?”

When I noticed then, it seemed like the pink droplets followed Susie’s footsteps. Instantly I realized that the droplets were Susie’s amniotic water. She continues to be anxious, keep back and forth, while still meowing. During the umpteenth time she jumped behind the drawers, I once again checked the place. On the floor, there were so many drops of amniotic fluid, but above the drawers, there was something that caught my attention. I took a magnifying glass and watched carefully, and it turned out to be true, it was a fetus.

In the midst of his anxiety and movements, here and there, back behind the drawers, meowing in front of my daughter’s door, lick her body, and back to the back of the drawers, in the end, I saw another fetus and two other pieces that I guessed were placentae.

Poor Susie, she has had a miscarriage. What still raises the question to date is his strange attitude towards the two kittens. I don’t know if she thought the two children were her children, who she had tried to approach before she miscarried, but all this time she had always stayed away from them.

Until I came home a few hours ago, she was still restless looking for the two kittens, even trying to approach them when I placed them on my lap. Really, I’m quite confused to address Susie’s behavior. Hopefully, you can provide input for that.

Could it be that the kitten that Susie often already see before, later she considered as her child?